Can you believe it’s almost the end of March? 2014, you’re flying by! Last Saturday, Sawyer and I took a day trip over to Alcatraz Island. Neither of us had been before and were dying to go after getting into Alcatraz on Fox a couple of years ago (why was that show cancelled?! It was so good!). Here’s a few shots from our trip! 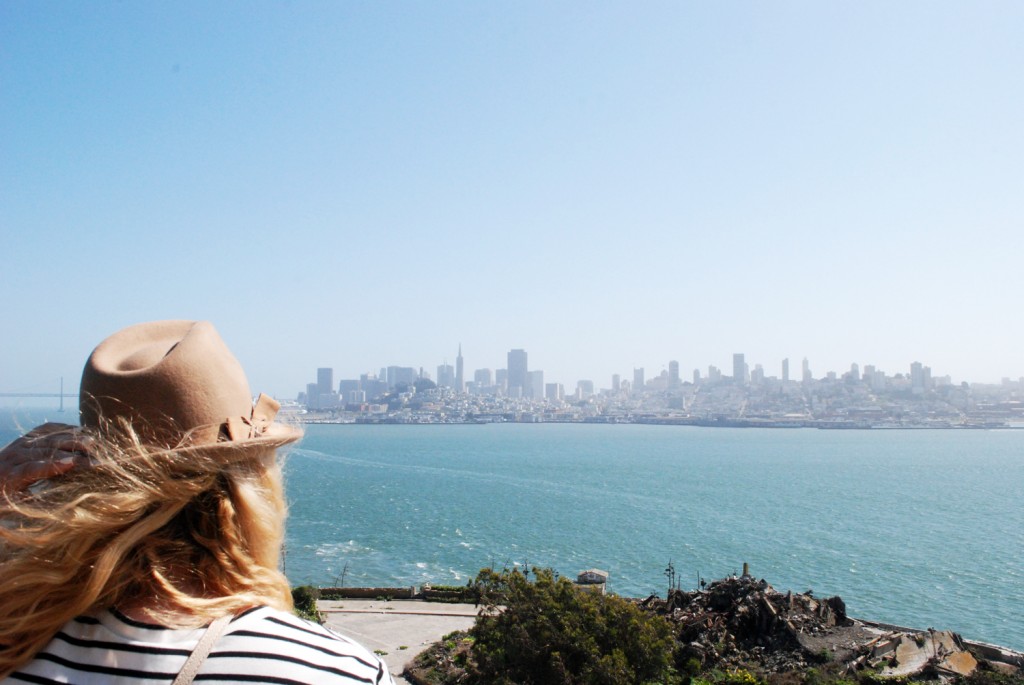 The views of SF were amazing but it was WINDY. Just looking at this picture gives me chapped lips. 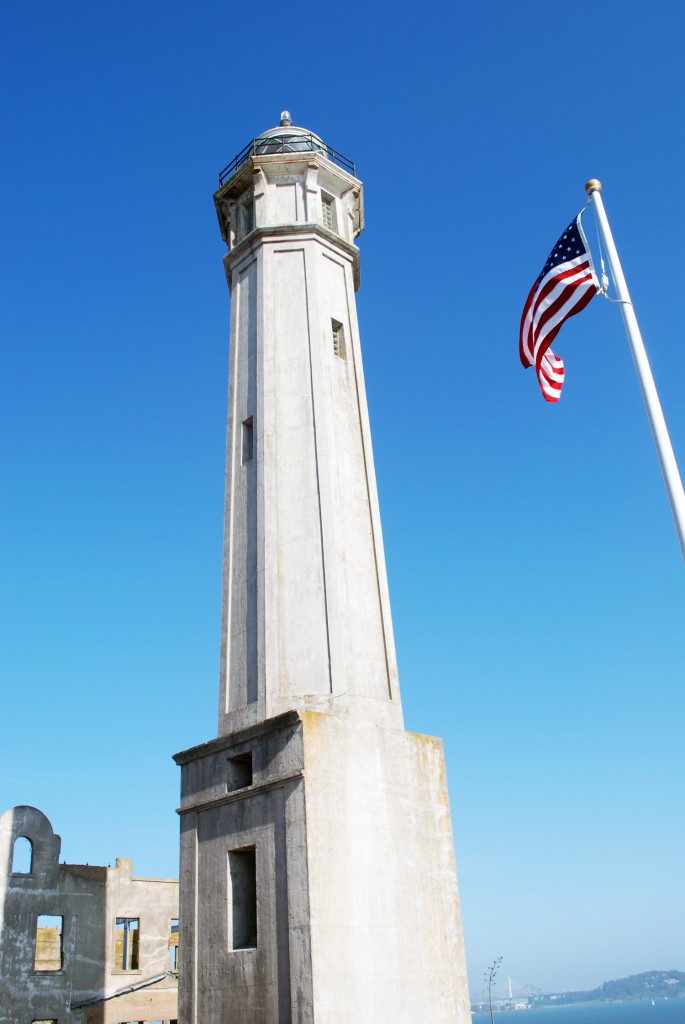 As native Mainers, we’re no strangers to lighthouses. However, Alcatraz lighthouse was the first lighthouse built on the west coast! 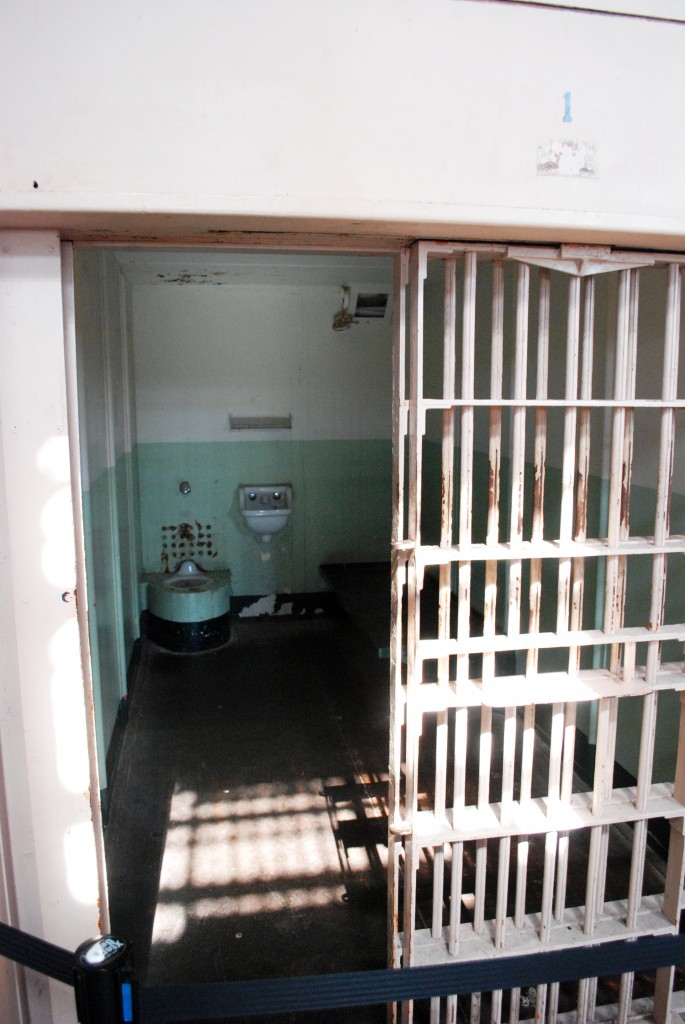 They had most of the cells roped off, but a few you could go into and walk around. They even opened up solitary confinement and we went inside. So scary! 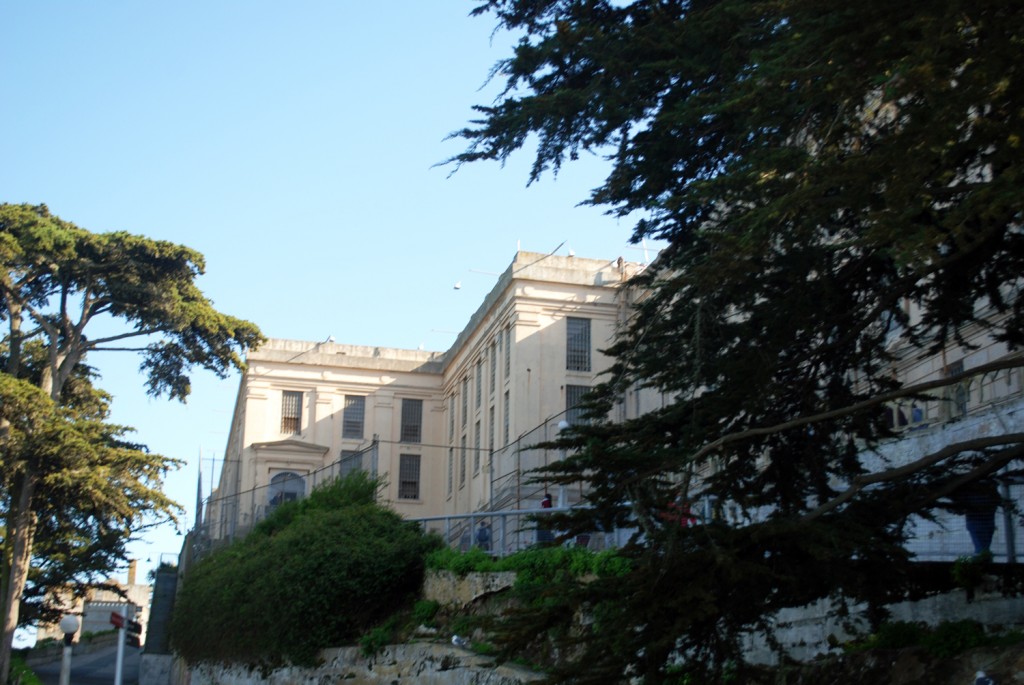 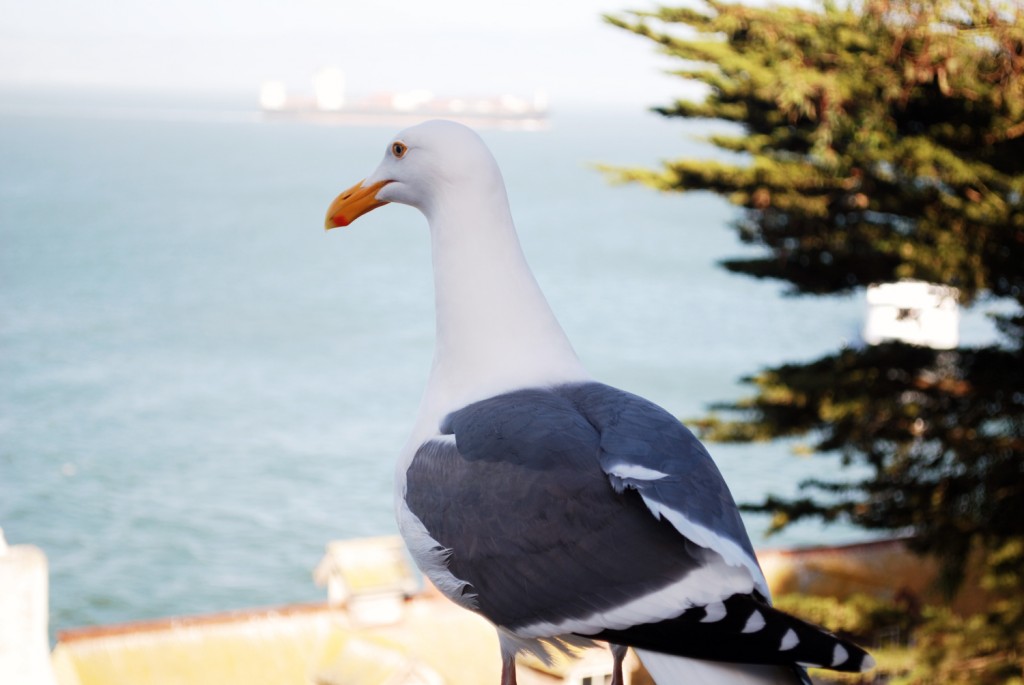 Alcatraz Island is now a sanctuary for many wild sea birds, like the Western Gull. There are no natural predators on the island, so the birds can hatch their young in safety. 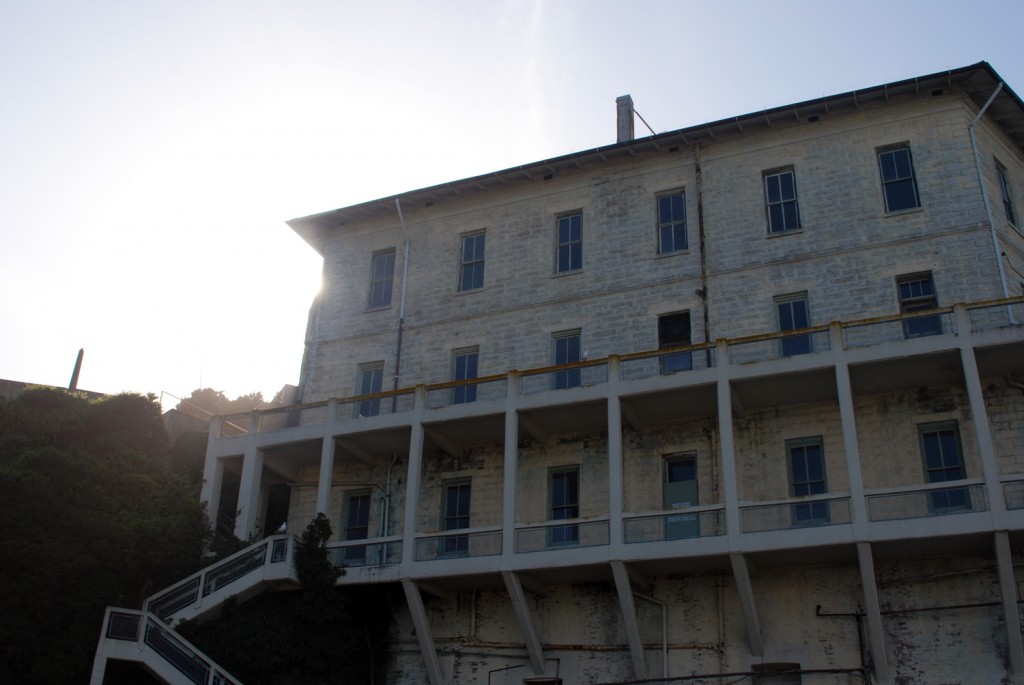 Speaking of birds… Sawyer and I were walking back to the train on the mainland and happened upon the parrots of Telegraph Hill! For those of you unfamiliar with them, they’re a flock of wild parrots who live and roam free in inner-city San Francisco. I got to hand-feed them and it kinda made my whole day. 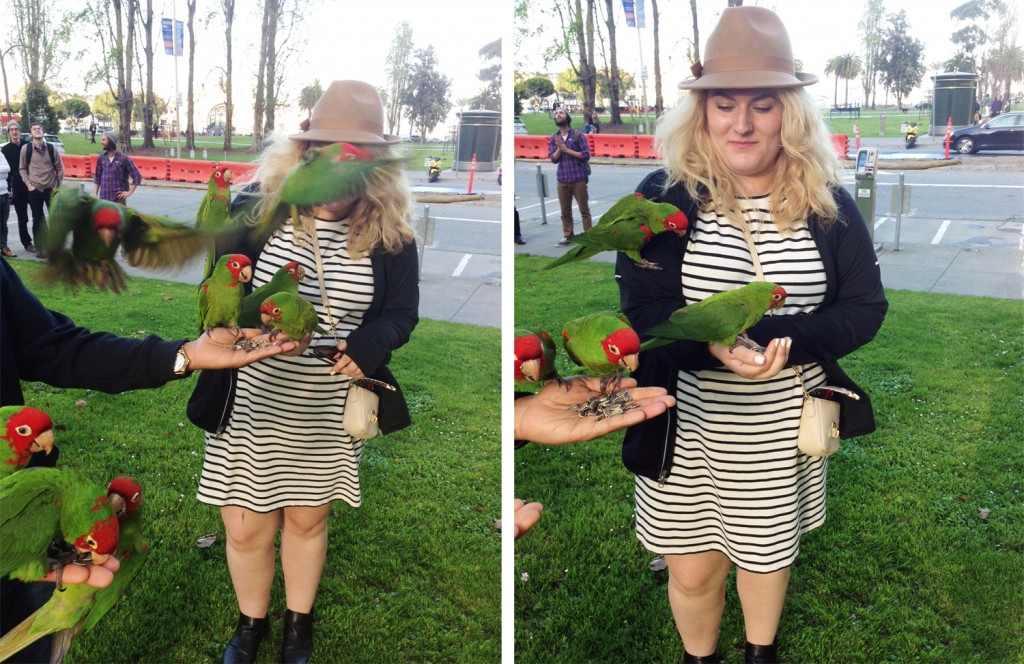 They were so gentle. Can I come feed you guys every day? I don’t even care if I become that crazy bird lady…