On Saturday, Sawyer and I went to the grand opening of CREAM (Cookies Rule Everything Around Me) in the Mission because they were giving away free ice cream sandwiches! When we got there, the line was wrapped around the block. It moved quickly, though, and we only ended up waiting about 20 minutes. They were so yummy and it was so worth the wait! 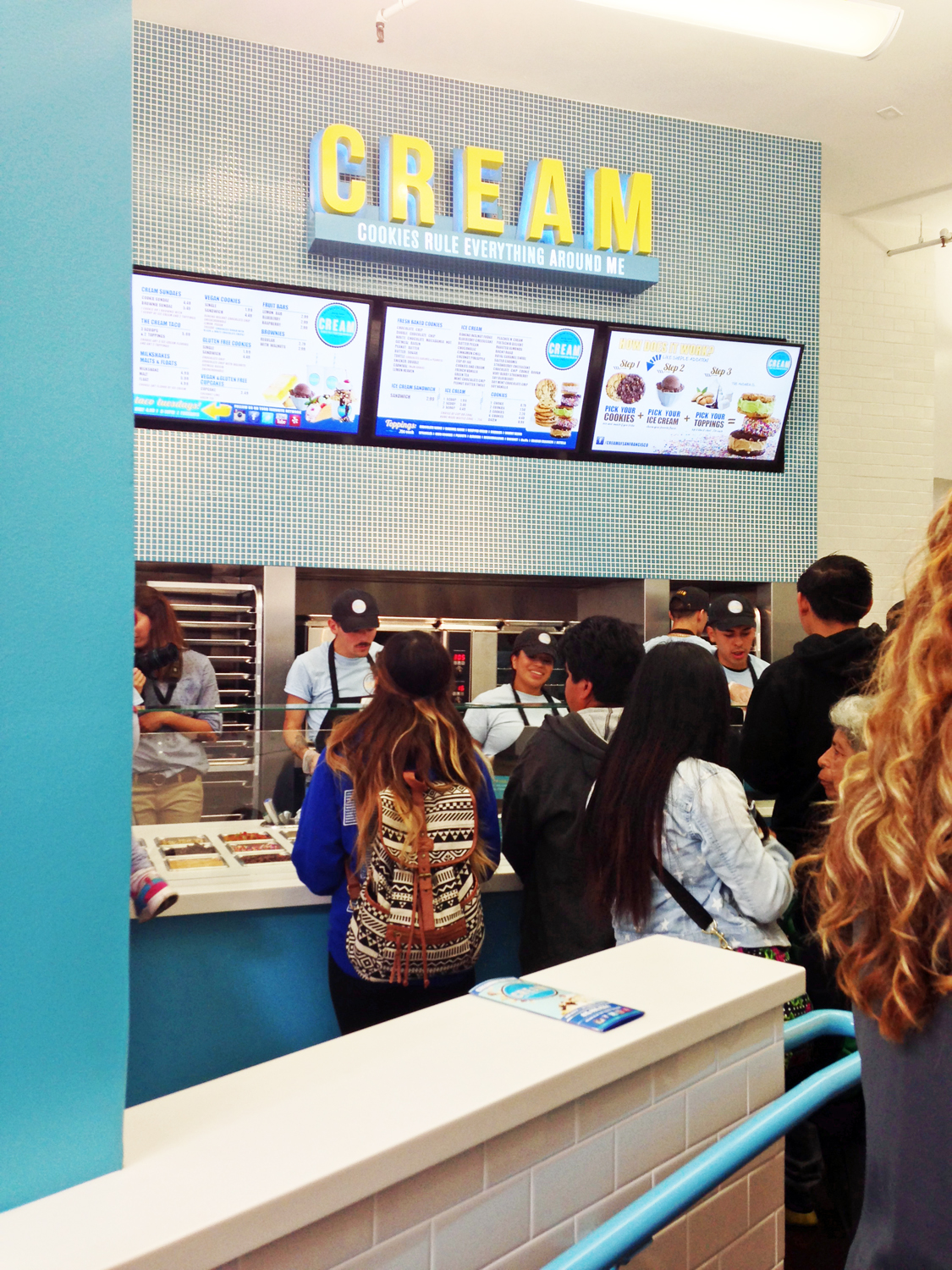 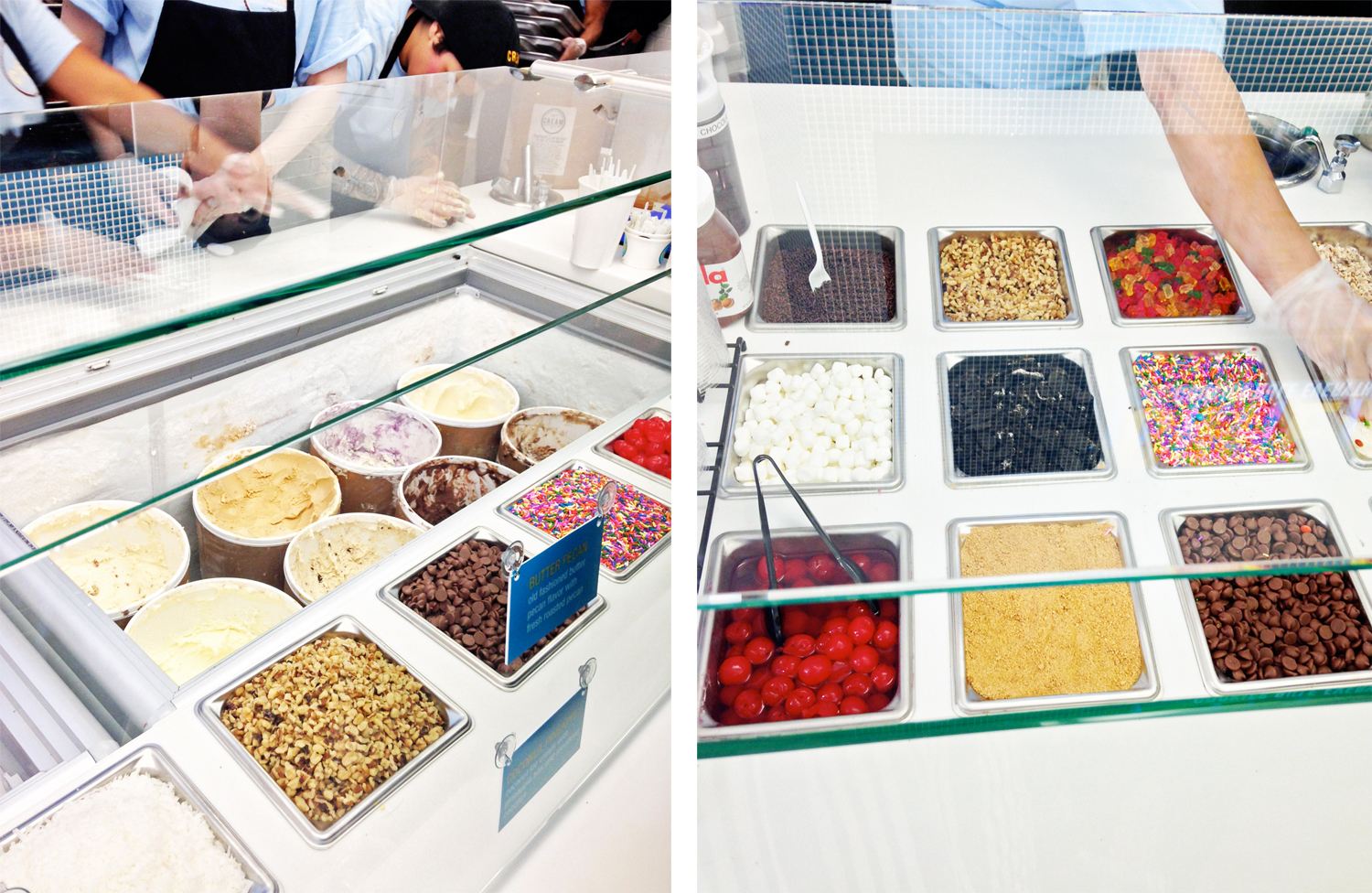 That girl WANTED my ice cream sandwich… you can see it in her eyes. 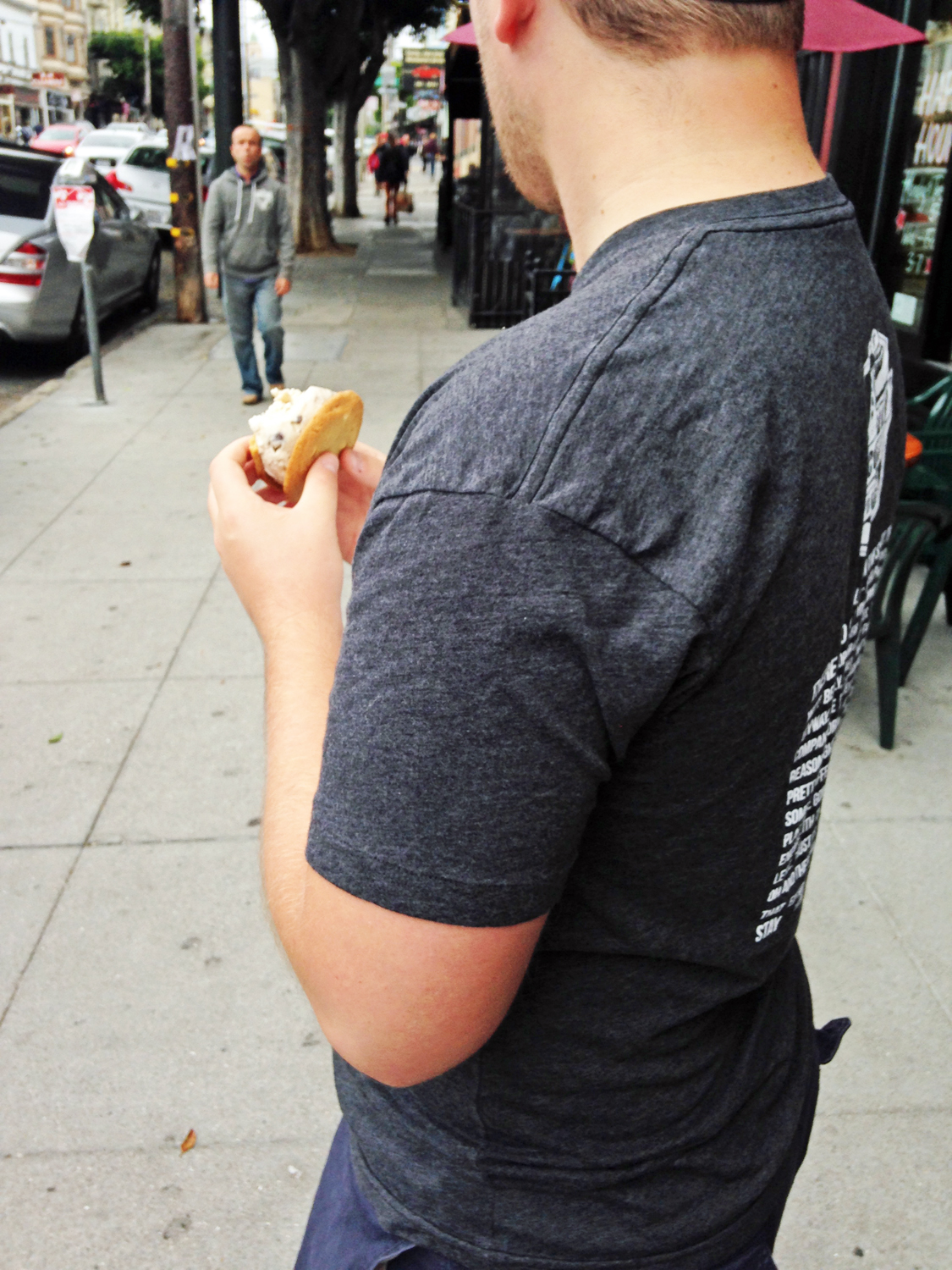 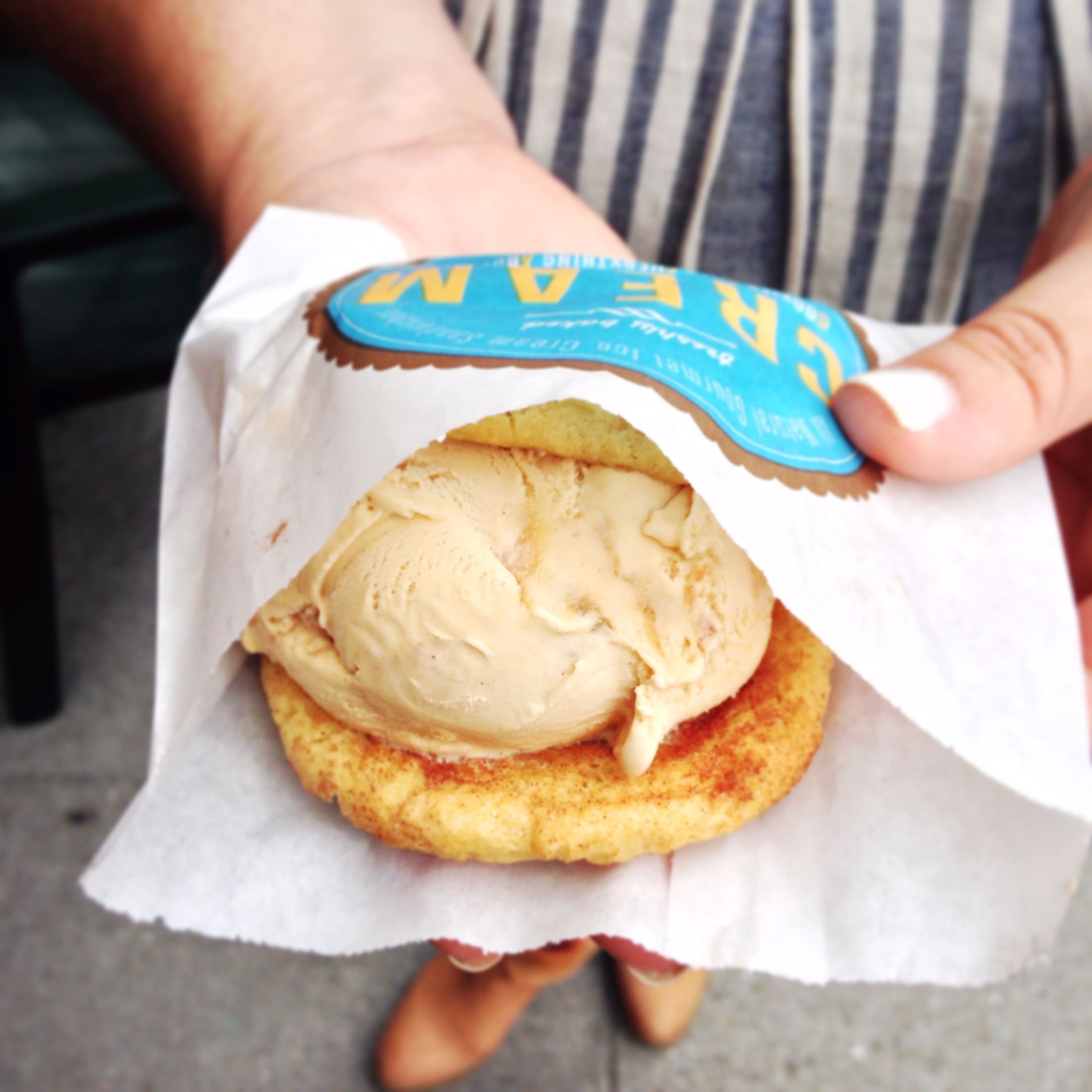 I chose one butter sugar and one snickerdoodle with cinnamon chill ice cream. 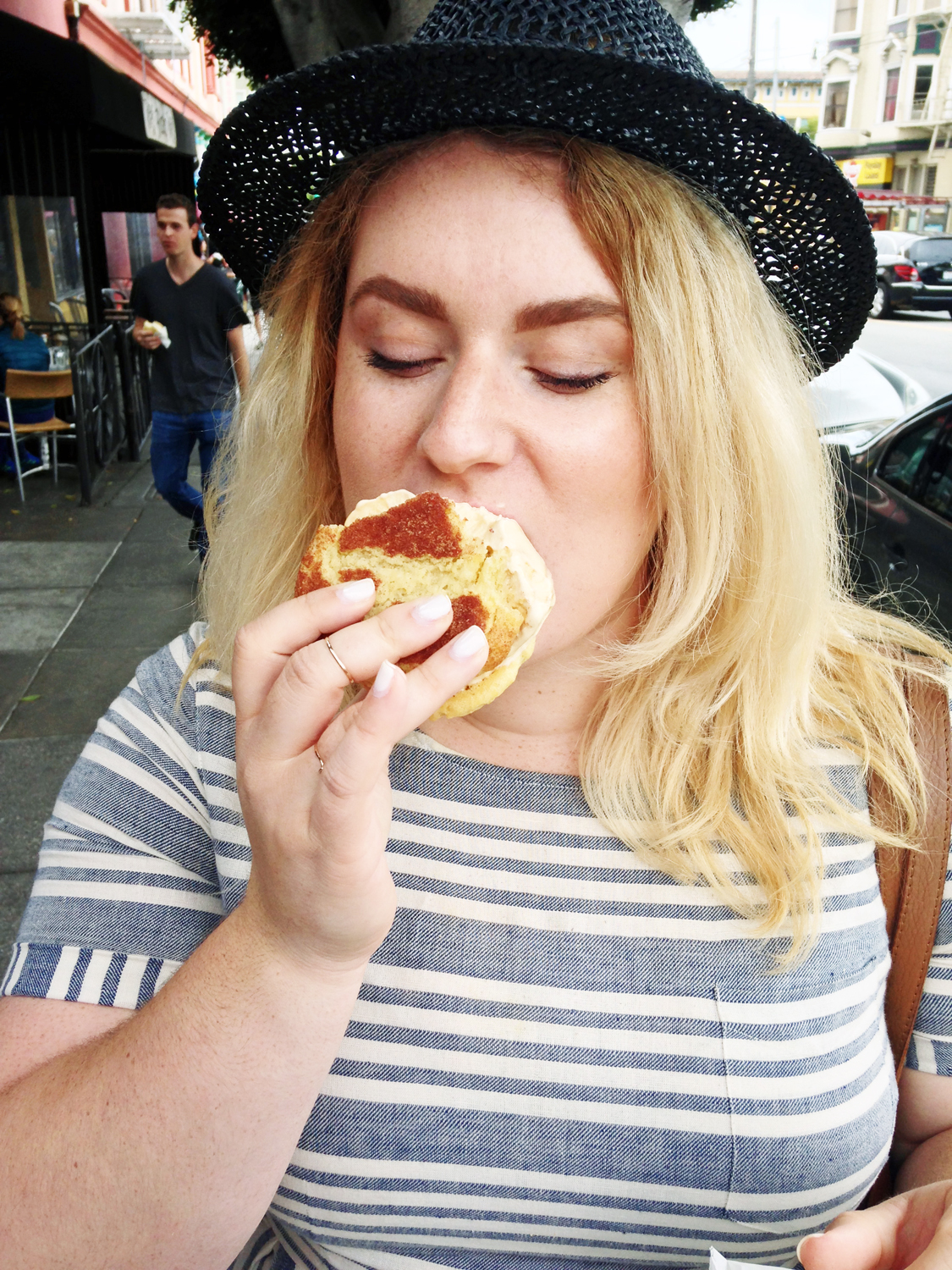 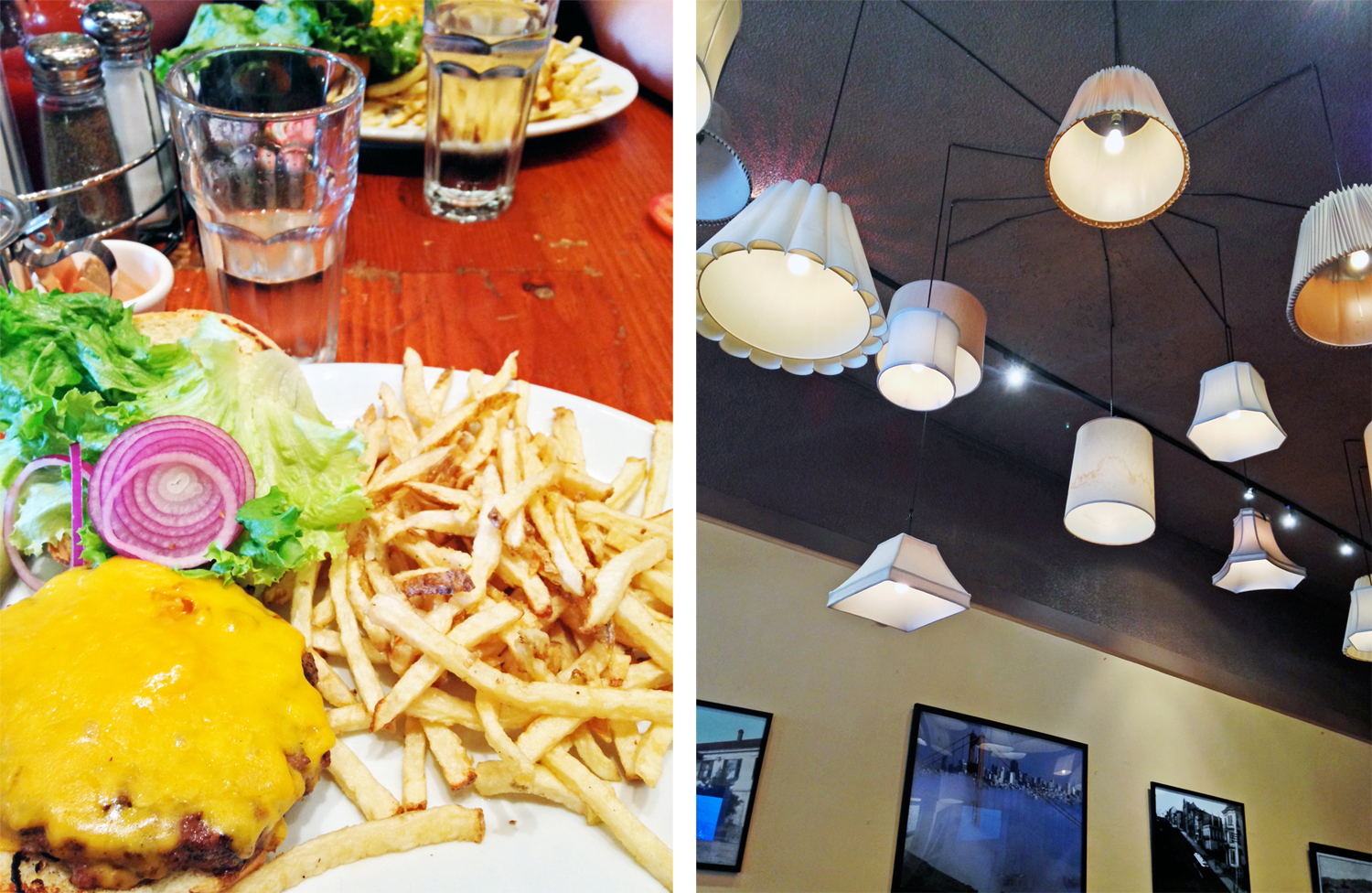 After we ate our ice cream sandwiches, we stopped next door at the Pork Store Cafe for some burgers (we ate our dessert first, because hello!). It was probably the best burger we’ve had so far in the city and we were pleasantly surprised. Also, those fries were handcut! 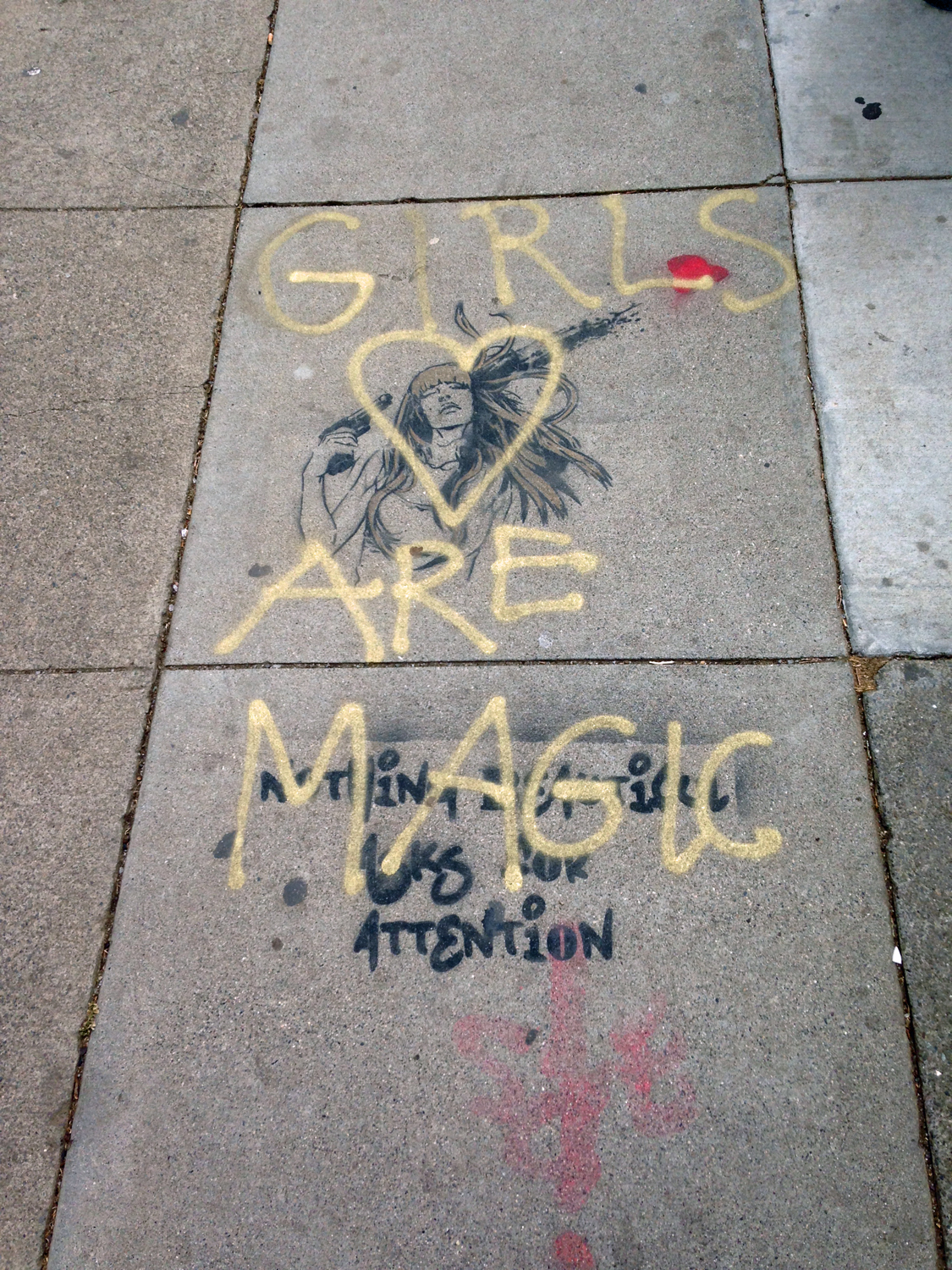 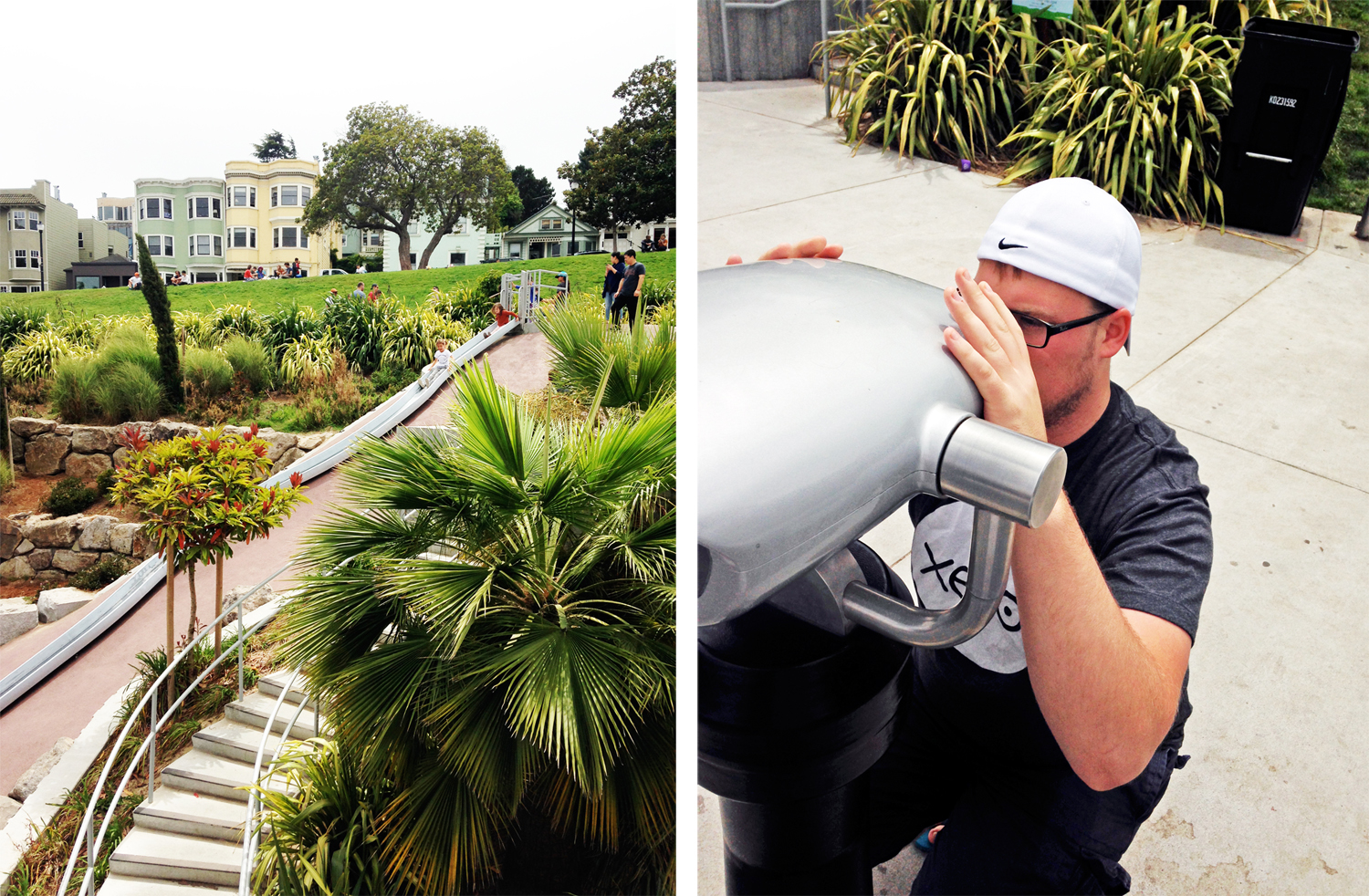 After lunch we walked over a few blocks to Dolores Park. It was a bit foggy but we still took in some incredible views. 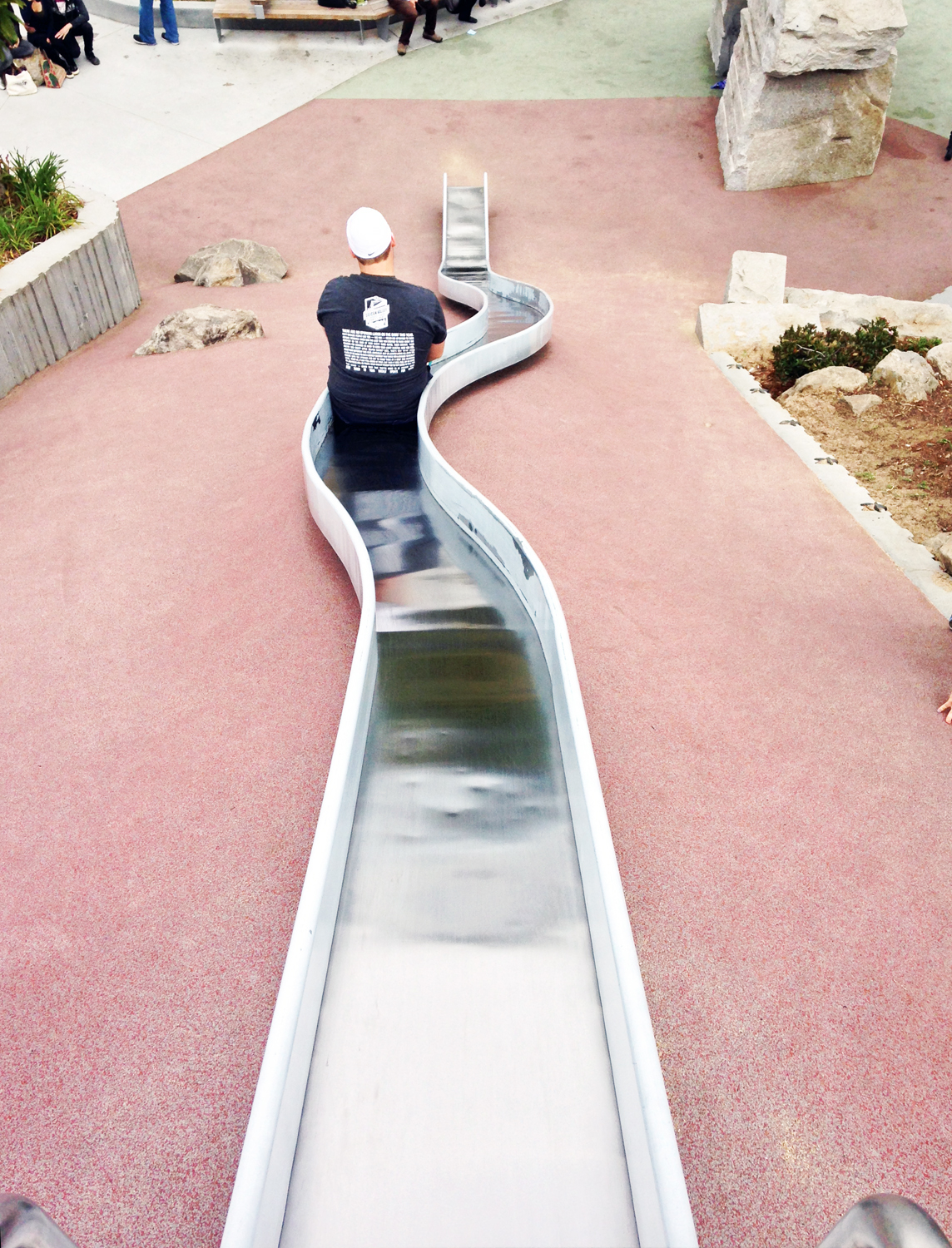 Also, this slide was clearly meant for kids, but we went down it anyway. :) 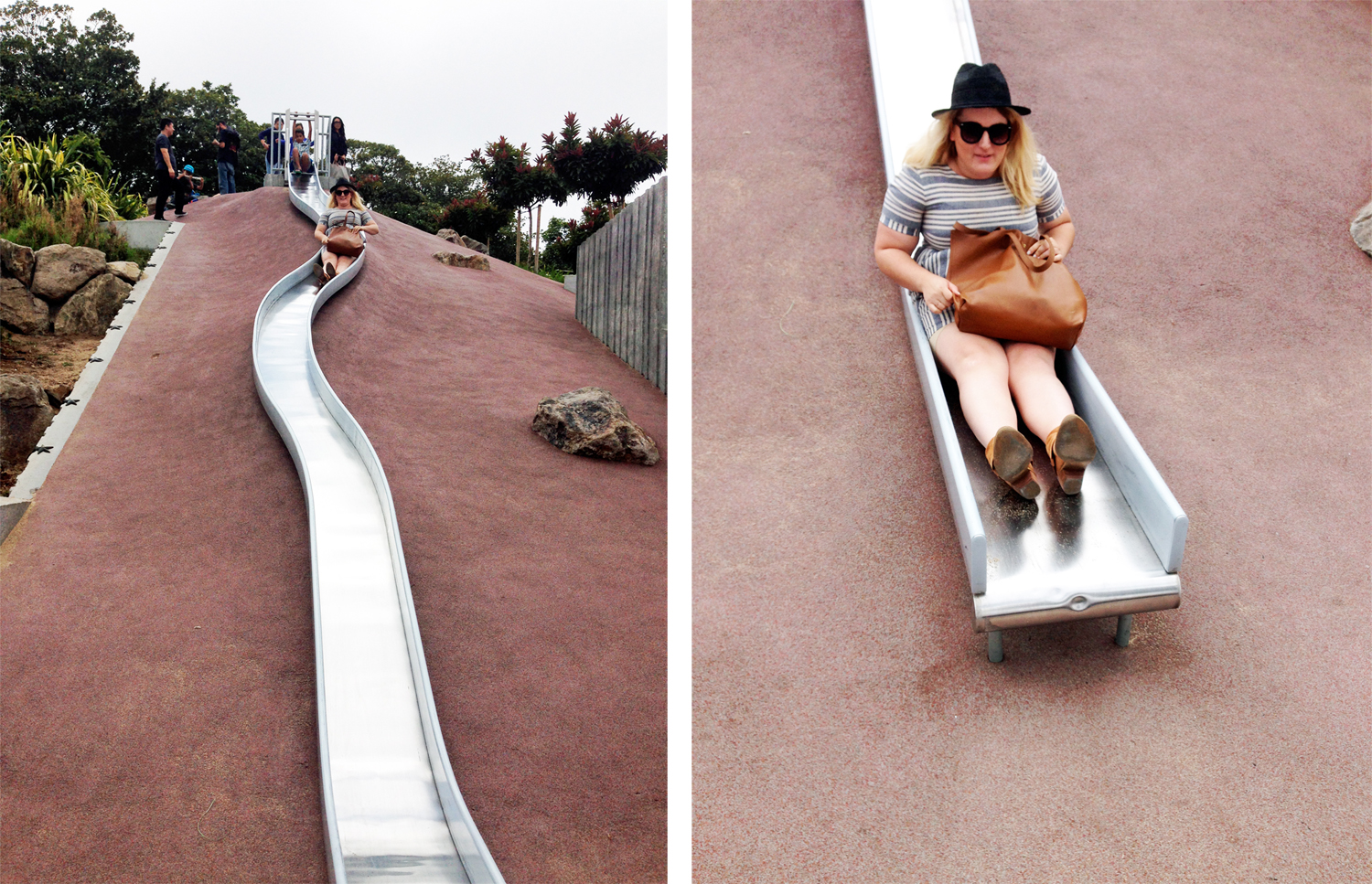 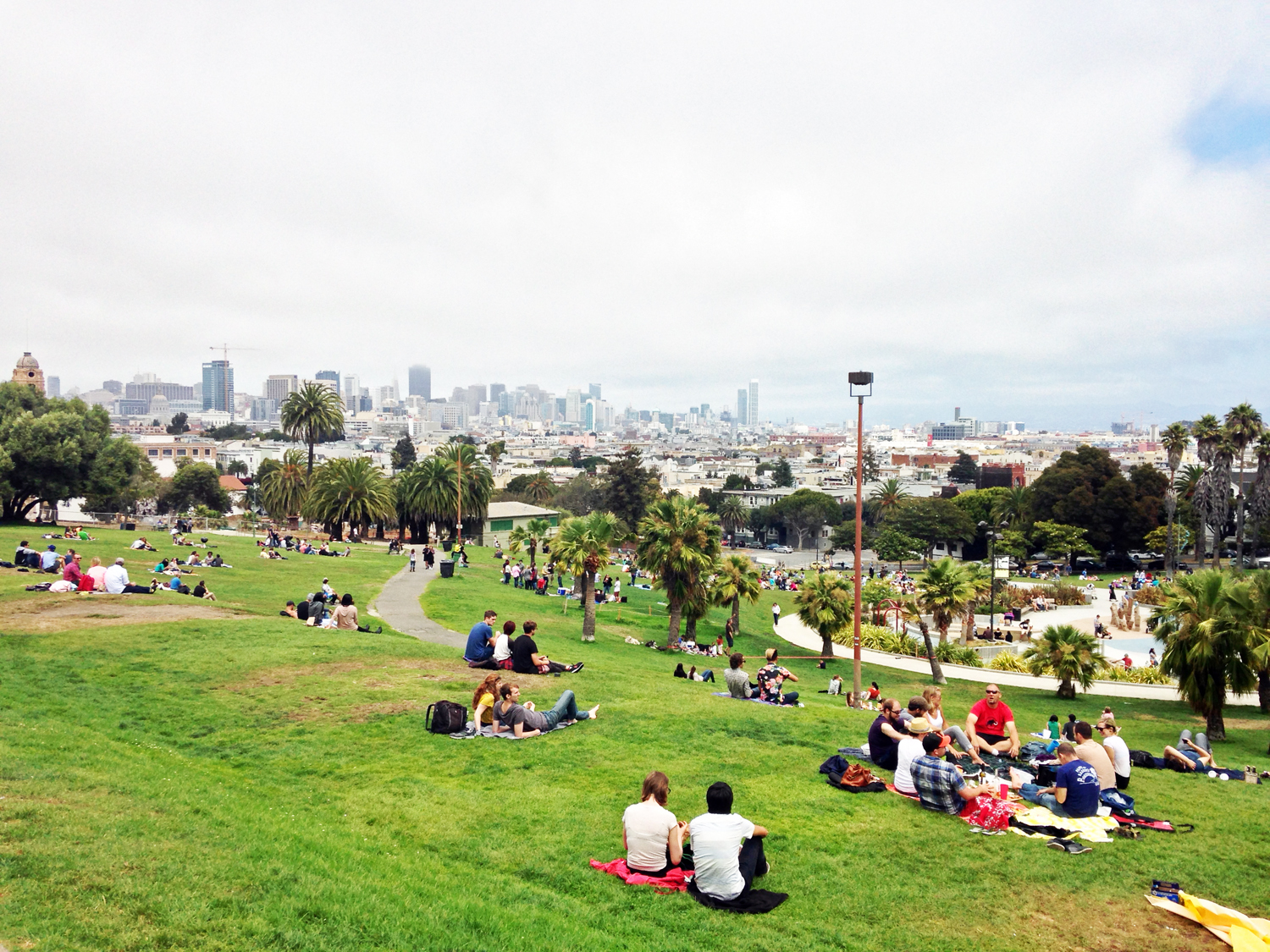